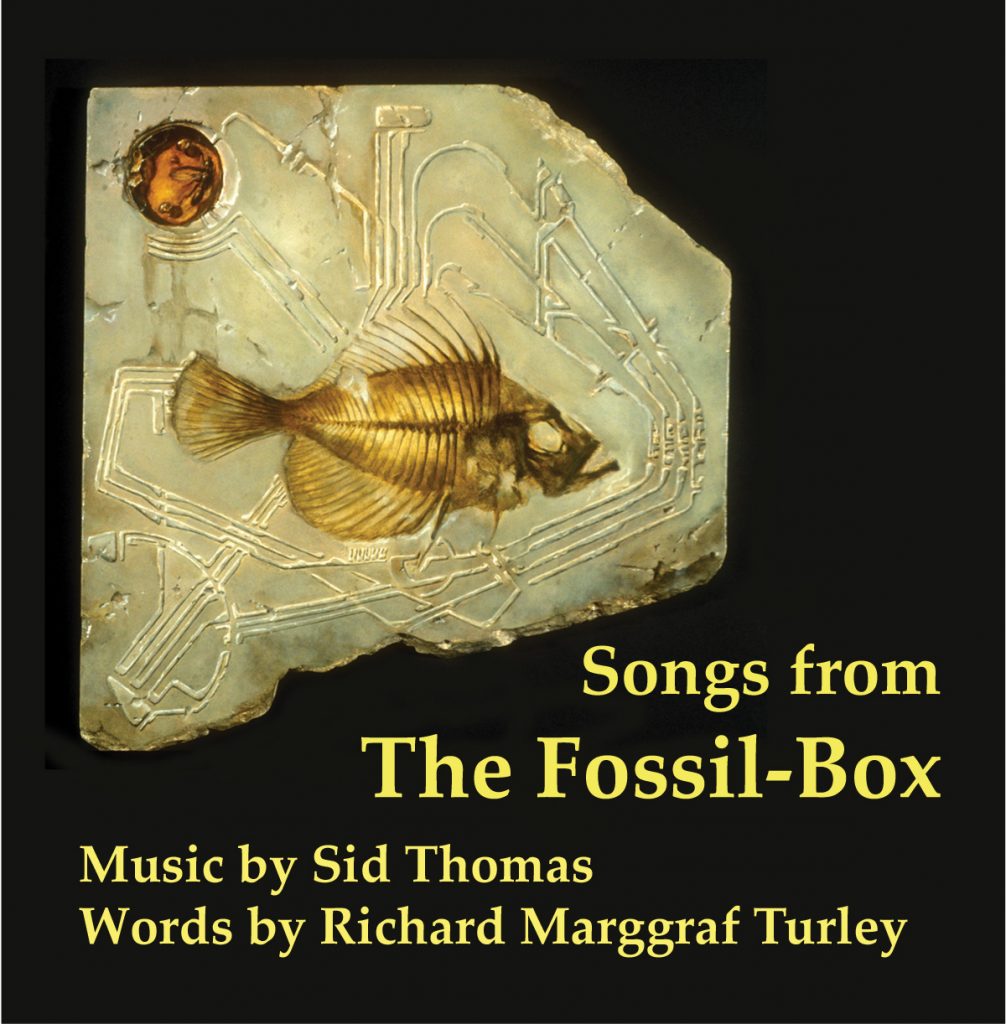 Richard Marggraf Turley is an award-winning poet, novelist, world expert on literature of the Romantic era and blues shouter. We got the idea of setting to music some of the verses from his collection The Fossil-Box. I used this as an opportunity to experiment with the digital tools that allow computer musicians to do all manner of hitherto undreamt of things. It was educational, and I’m still learning (and revisiting these tracks after a gap of a few years, I’m not sure how some of the effects were achieved). The most difficult thing with eccentric (i.e. self-indulgent) projects like this is to find other musicians, particularly singers, willing to go along with the ‘vision’. In the end, we had to make do with our own voices (Richard is a much stronger singer than me); we also used prototype voice software called LOLA. The latter produces strange alien-like performances that added to the general other-worldish atmosphere of the album. The experience of preparing Songs from The-Fossil Box (and tracks from The Country Side of Jazz with Nance Wilson) for distribution to streaming platforms* has encouraged me to dust off tracks and albums previously filed under ‘ignorenda’ and get them ready for upload. More anon.