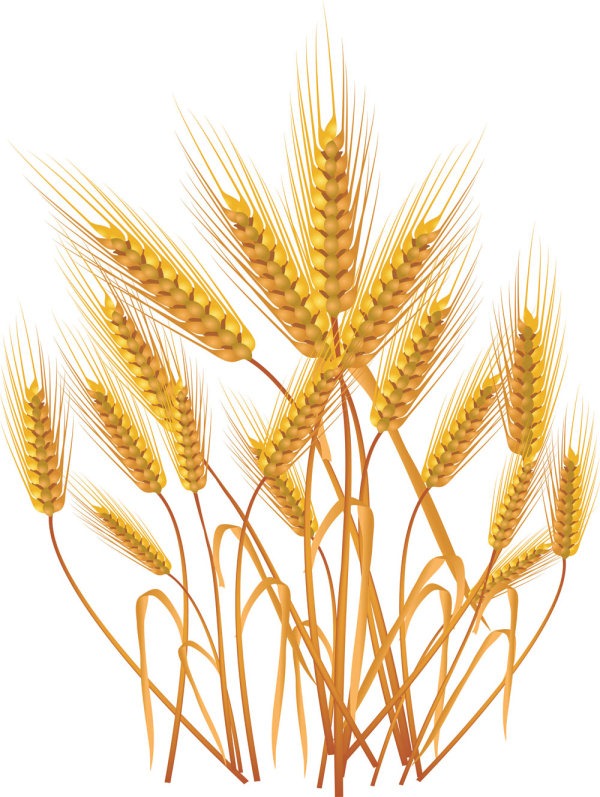 Four of the five major crops by annual global production are members of the grass family. There are five grasses in the top ten globally productive crops. In decreasing order of production, these are: sugarcane, maize, wheat, rice and barley.

Grasses supply over half of the energy in human food through direct consumption and through products of grass-fed animals.

The story of why we have chosen to rely on such a limited range of, in some cases rather odd, food crop species is told in John Warren’s book The Nature of Crops.

Agriculture began with the domestication of wild grasses.

Modern bread wheat has a complex hexaploid genome as a result of interspecific hybridization between wild relatives.

The first hybridization event combined the genomes of T. urartu and a probably extinct close relative of Aegilops speltoides into the tetraploid T. turgidum subsp. dicoccoides. Then, during the early stages of human agriculture, about 10,000 years ago, a second hybridization introduced the genome of the diploid Aegilops tauschii.

Barley (Hordeum vulgare) is a diploid species and there is evidence of a history of much geneflow between wild and domesticated forms.

The ancestor of maize (Zea mays) is teosinte, a group of five species of large grasses native to Central America. Teosinte was domesticated around 8,000 years ago, probably in the area of present-day central Mexico whence agriculture based on maize spread south.

The earliest evidence of cultivated rice (Oryza spp.) comes from sites in the Yangtze river valley in China and date from 10,000 years ago.

Sorghum (S. bicolor), a major crop of the semi-arid tropics of Asia and Africa, is believed to have originated in North-east Africa. It is considered likely that dryland-adapted sorghums arose during or after dispersion from Africa to South-East Asia, about 4000 years ago.

The dawn of agriculture was a critical event in human civilization. As humans selected and refined the plants they rely on for food, feed, fibre and fuel, so too did agriculture shape human physiology, psychology and society.

Certain grass weeds of cereals have evolved by acquiring domestication traits through co-selection. Some former weed species — notably oat and rye — have even become adopted as crops in their own right.

Other weeds, such as the poisonous ryegrass darnel (Lolium temulentum), persist as cereal mimics and in nonintensive agricultural systems. The extraordinary story of darnel is told here.

Such is the global scale of biotic and abiotic changes made by agricultural and subsequent industrialized civilizations that the present geological era is often called the anthropocene.

How can we feed a world population that is increasing by about 80 million a year?

How can we maintain, let alone increase, food supply when 20 million hectares of cropland worldwide are damaged or abandoned annually due to soil erosion and salinization?

How is each person to be fed adequately when the area of agricultural land available to sustain her has decreased from 0.5 hectares in 1960 to 0.23 hectares and falling today?

Plant breeders are among the largely unsung heroes that keep food coming to our tables, against the odds. Be nice to plant breeders and agronomists – they work ceaselessly to sustain crop yield, quality, resilience and resistance to pests and diseases.

It takes up to 20 years to get a new crop variety from the start of a breeding program through to adoption and cultivation by farmers. If you want to know the future, ask a crop breeder – the decisions he makes today have to be right decades hence.

To realise the ideal variety, many physiological and morphological traits have to be optimised. My interest has been in the lifespan of the plant and its parts – discussed further here.

Technology (particularly biotechnology) has a bad name in some quarters, but without it the job of keeping us fed would be impossible. Essential technology includes the Haber-Bosch fertilizer process, farm machinery and integrated field-to-fork logistics systems.

Plant breeding is essentially applied genetics; the molecular revolution in genetics is increasingly central to the process of crop improvement. The genomes of around 50 (to date) cultivated species have been sequenced, representing a source of genes and gene markers for precision plant breeding.

I suppose I have to mention “GM” (*sigh*). What is there left to say? One person in 200 of the population of the USA is a lawyer. If there were a hint of harm in cultivating or consuming GM crops, they would have been sued off the face of the planet.

I could list twenty global biological issues to be worried about, and GMOs wouldn’t be among them.