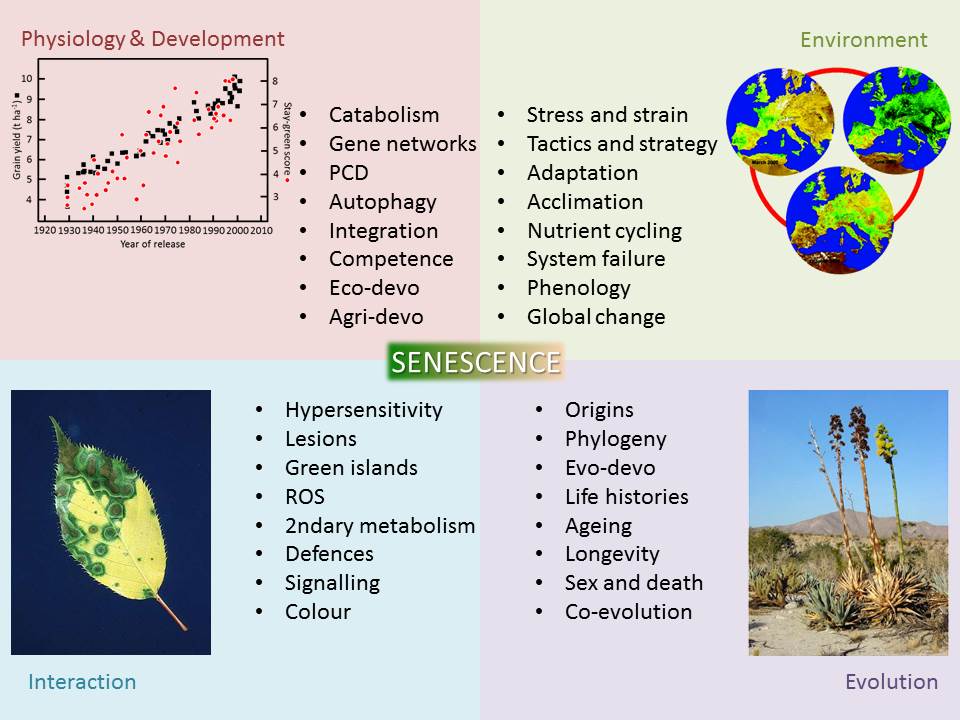 How does senescence enable plants to survive in a testing environment?

How and why did senescence arise in plant evolution?

What part does senescence play in a plant’s relations with other living organisms?

What goes on inside a senescing plant, and how does it help to know?