In a previous blog, Jayne Archer, Richard Marggraf Turley and Sid Thomas described how a transdisciplinary reading of King Lear turned out to be a productive route towards understanding Shakespeare’s influences and ways in which his response to and representation of food (in)security might shed light on similar challenges we face today. Could this approach be more generally applicable to literature of other ages? To answer this question, we turned to Richard’s specialty, nineteenth-century Romanticism, and in particular the poetry of Keats.

This time we added a new device to our cross-cultural toolkit of approaches – the Field Trip. We visited Winchester and retraced the steps that led Keats to the composition of one of the nation’s favourite poems, the ode ‘To Autumn’. Once again, bringing the transdisciplinary eye to bear, we were able to recover lost memories and understanding, even locating the long-misidentified field of the poem under a multistorey carpark. And once more, there were scholarly publications, conference presentations, media interest bordering on the viral (for example, this article from the Daily Telegraph), and an OUP blog. 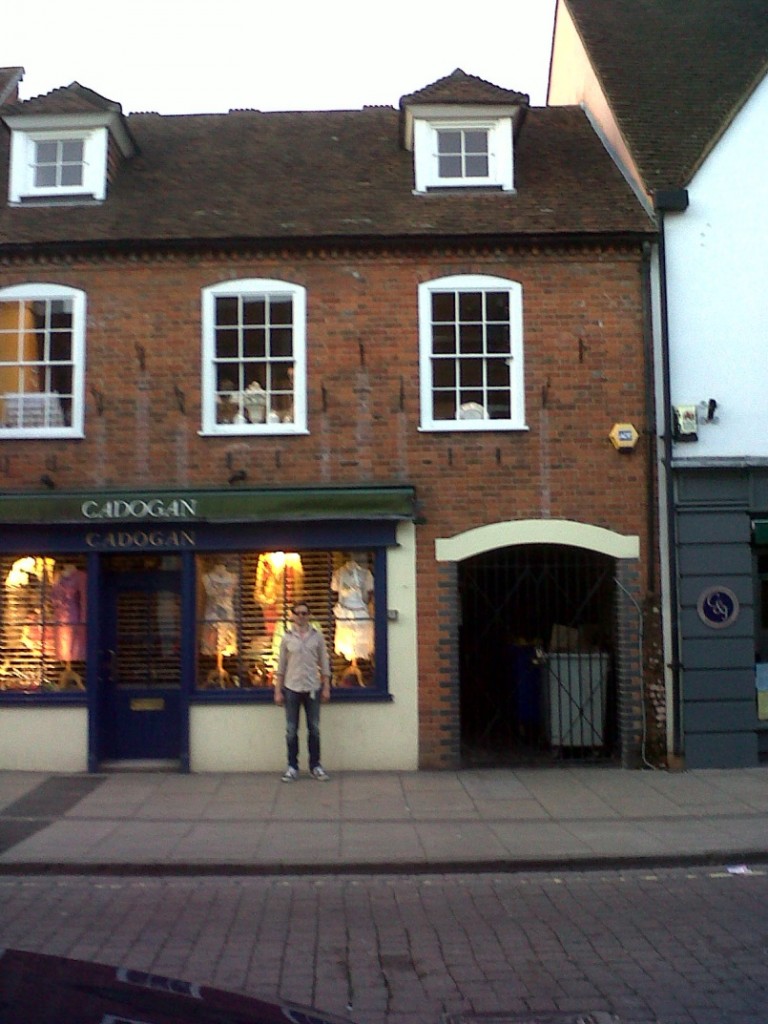 Richard stands before the possible site of Keats’s lodgings in Market Street, Winchester

By now we were beginning to see a theme of historical and contemporary significance emerging, a thread running through the canon of English literature that our approach could identify and articulate. To date, we have further turned our attention to Chaucer’s Canterbury Tales, George Eliot’s The Mill on the Floss, the history of fields and mills and the fragility of the food chain. This research is presented in articles in two academic journals (Chaucer Review and English Literary History), both in press. 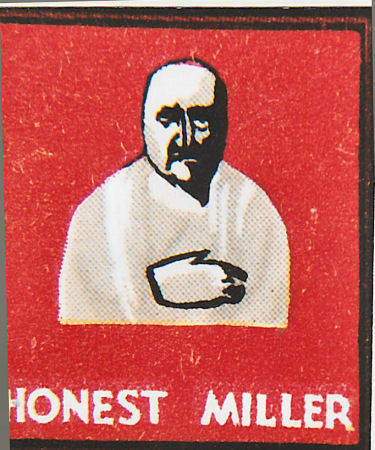 An honest miller was so unusual that they named an inn for him (1940s inn sign from ‘The Honest Miller’, Brook, Kent – built 1609)

During our journey through the literary canon a clear narrative emerged, centred on the food chain as an evolutionary and cultural repository and a medium for the transmission of nourishment, creativity and information. Writers have always responded imaginatively to the demands of the belly. We have addressed what Jonathan Safran Foer, in Eating Animals, calls ‘the terror, dignity, gratitude, vengeance, joyfulness, humiliation, religion, history, and, of course, love’ intrinsic to sustenance, in our forthcoming book: Food and the Literary Imagination by Jayne Elisabeth Archer, Richard Marggraf Turley and Howard Thomas (Palgrave Macmillan, 2014).

Publications on Keats, Chaucer and Eliot